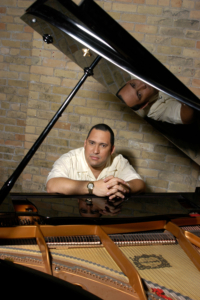 Minnesota’s adopted son, Nachito Herrera, is one of the world’s greatest Cuban pianists. Combining Western classical music with traditional Cuban rhythms, Herrera is in high demand in the US and abroad. We are so proud to have him as a featured guest artist this season!

Free, no ticket required. Donations gratefully accepted.
Please join us for a reception following the concert to meet the musicians.

The 2019-20 WSO concert season is funded, in part, by an appropriation from the Minnesota State Legislature with money from the State’s general fund.

Gershwin and the Roaring Twenty-Somethings Nachito Herrera at St. Andrews
Scroll to top