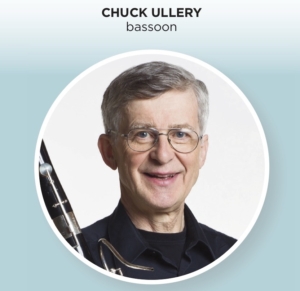 Stravinsky is my favorite composer. We will be performing the music from Petrushka, one of three ballets he wrote for Serge Diaghilev and the Russian Ballet between 1910 and 1913. Petrushka is the iconic character of puppet theater in many countries – Punch in England; Pulcinella in Italy; Polichinelle in France; Kasperle in Austria/Germany.

The first music we hear describes the hustle and bustle of the Shrovetide Fair in St. Petersburg (Shrovetide, also known as Pre-Lenten season). One hears the joyful, energetic activities of organ grinders, hurdy-gurdies, dancers and street vendors. The music is mostly in major keys. Soon the puppet show draws everyone’s attention.

We meet the puppets, Petrushka, the Ballerina and the Blackamoor. When the puppet show is over, the real story of the characters unfolds behind stage. Petrushka is in love with the ballerina but she falls for the Blackamoor who bullies Petrushka. The dramatic, emotional, dissonant music describes puppets imbued with human emotions of rage, sadness, tenderness. Petrushka’s cries and screams are vividly portrayed through use of the famous Petrushka chord – C major plus F# major. This combination creates the dissonance of the tri-tone, an interval that, throughout music history, has been called the devil’s interval.

We open the program in splendid fashion with CHUCK ULLERY, bassoonist extraordinaire. I’ve known Chuck for many years – we sat in the same row of wind players during my years in the SPCO. We call this program, Clowning Around, because the bassoon is often referred to as the clown of the orchestra. Chuck will provide arguments for and against that title during his Bassoon 101 “TedTalk.” Then, he will impress us with his performance of Weber, Bassoon Concerto.

I hope you’ll be there to hear this amazing music!

Our concerts are free. Parking is free.
AND, we have wonderful treats to share at the meet n’ greet reception that follows.
See you there!